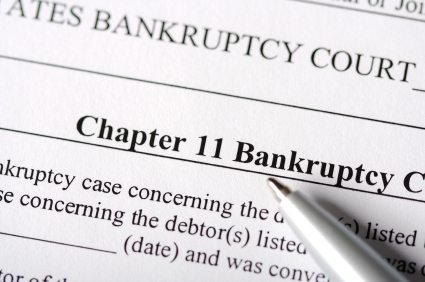 Chapter 11 bankruptcies tend to be complex cases that are most often filed by businesses to reorganize by restructuring their debt or operations or liquidating their assets. Individuals and married couples are also able to file Chapter 11 cases to reorganize for the same purposes though most individual debtors choose one of the other types of bankruptcy when they file. The Debtor in a Chapter 11 case is able to maintain its business operations and keep ownership of its assets as it proposes a reorganization and payment Plan to deal with its Creditors. Most Chapter 11 cases do not require the appointment of a Trustee though there is the ability for the Court to appoint a Trustee in certain situations such as fraud or gross mismanagement by the Debtor either prior to the filing of case or during the case. Chapter 11 cases are overseen by the Office of the United States Trustee which is a Division of the U.S. Department of Justice in order to ensure compliance with the requirements of the Bankruptcy Code.

A Chapter 11 Debtor has wide latitude in what it can propose in a Plan, including the “valuation” of some secured claims which can reduce the amount of a Creditor’s secured claim or even eliminate the Creditor’s lien entirely with the result that the Creditor only holds an unsecured claim. This valuation process is often referred to as a “cramdown” and in the instance of the complete elimination of a Creditor’s secured claim, a “lien-stripping” or “strip-off”. Typically the Debtor will seek such valuation in a motion filed with the bankruptcy court which will be served by mail on the Creditor though the Debtor may also seek to modify the claim through the treatment set forth in the Plan.  In many instances the motion will be served by “negative notice” which requires the Creditor to affirmatively oppose the Motion within a very short period of time (usually 14 to 21 days) failing which the Motion will be granted without hearing and without further notice. Alternatively, a Plan will be served on the Creditor with a proposed modification of the Creditor’s claim along with a deadline for objecting to the Debtor’s proposed treatment. If the Creditor does not object and the Debtor’s Plan is confirmed by the Court, then the Creditor’s claim may be modified. In this way, a secured creditor holding a large claim may find its lien removed or significantly reduced and oftentimes the affected creditor—after the fact—recalls receiving the Motion or Plan but doing nothing since it was not aware of what the Debtor was trying to do and the ultimate impact on the claim. As a creditor, make sure to contact your bankruptcy attorney you if receive a Motion or a Debtor’s Plan which seeks to “value” your secured claim or otherwise modify your secured claim in any way.

As with the filing of a bankruptcy case under any Chapter, an automatic stay of nearly all collection efforts arises when a Chapter 11 case is filed so Court permission is necessary for a Creditor to pursue its lien against the Debtor’s property outside of the bankruptcy process. What this means is that even if a Chapter 11 Debtor is not paying a secured claim after the bankruptcy case is filed it will still be necessary for a Creditor to seek relief from the automatic stay and obtain a Court order permit it to recover its collateral. A Creditor may be required to file a motion to modify a Debtor’s use of secured collateral, including cash and accounts, after a bankruptcy case is filed in order to obtain what is known as an Order of Adequate Protection which sets for the terms by which a Debtor is permitted to use secured collateral after a case is filed, including the requirement that the Debtor make payments and provide proof of insurance on such collateral.  Contact our bankruptcy attorneys to schedule a consultation to review your case whether you hold a secured or unsecured claim in a Chapter 11 bankruptcy case.  Back to Bankruptcy Main Page